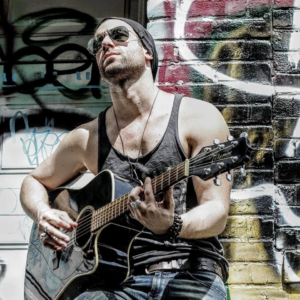 Singer-songwriter AJ Penta aka the East Coast Cowboy is mostly known for having a rock and roll cowboy style that some record executives simply don’t get or maybe they find it too sexy…. AJ laughs, “I don’t know about that, but I have been told my music doesn’t resonate with everything else coming out of Nashville right now. I take that as a compliment. I’m not trying to sound like anyone else, and yes, rock ‘n’ roll should have attitude and be sexy. At least, that’s the feeling I got listening to music in my early teens. I was heavily influenced by the sounds of classic rock and most rock genres throughout pretty much every decade.”

AJ explains, “ I’ve had several meetings with various record labels, and as I said, the feedback I mostly get is that they don’t like my music because it doesn’t sound like what everyone else is doing. That’s one of the great things about Amalien records/Ingrooves Music and what drew me in. AJ claims, “ They’re into my unique sound. I’ve been told that I toe the line between classic rock and country.” This is how AJ would classify his music, and that’s why he is currently negotiating a deal with the label. “One of the executives at the label was probably making fun of me, but anyway, he commented that I look like a guido from New Jersey playing country music because of my leather jacket, which I thought was hysterical and accurate.” That distinctive sense of style definitely comes through in the East Coast Cowboy’s songs. One of the biggest things AJ noticed was that none of the record labels understood his style – none of them had any attitude. AJ explains, “ I’ve always wanted my music to have a little bit of toughness to it.”

How the East Coast Cowboy acquired his sense of style

It all started when AJ was taking an acting class as an elective at Monmouth University in New Jersey. He shares, “ Everyone in the acting class was part of the theater program, and the professor was actually head of the theater department. They informed me that the musical was going to be about Tommy Walker, a rock opera, based on The Who album titled Tommy. Being a fan of the British invasion and The Who, I thought it would be a cool experience.”

That’s how AJ met Thor, the actor that ended up playing Tommy in the musical. Thor was a singer in a metal band. He can play almost every instrument. I began hanging out at Thor’s band rehearsals, and every once in a while I would jump behind the drum kit since I had a little bit of drum training from middle school. That’s when Thor had the idea that AJ should play guitar. AJ explains, “He showed me a power chord and like three other chords, and told me that’s all I would need to sell a million records.” He continues, “Knowing as much about music and the industry as I do now, he was absolutely right.”

AJ admits, “ I instantly became obsessed with the guitar. I literally couldn’t put it down.” The Drummer in Thor’s band worked at Bayshore music in Middletown, New Jersey. AJ literally walked in the next day and bought an acoustic guitar from him with his discount.” AJ met up with Thor again just a few days later and played him the songs he had written. He had only been playing guitar for about four days at this point. One of the songs was called, “A Devil’s Deal.”

This track ended up on AJ’s first album titled, East Coast Cowboy (2012). AJ admits the song was written after only playing guitar for ten minutes with the chords Thor had taught him. Thor immediately saw AJ’s ability to write and perform and mentioned an open mic night at a bar down the street. AJ spent his childhood performing in martial arts competitions in arenas with tons of people, but this was very different. AJ elaborates, “ I just thought if I make a mistake at least I won’t get kicked in the face.” He claims, “Looking foolish in front of a bar full of people seemed pretty inconsequential compared to a broken nose.” So, AJ just said, “Hell, I’ll take a chance.” AJ continues, “There were about thirty different acts performing: from acoustic guitar singer-songwriters to rappers to pianists. I of course played the only song I had written at that point. At the end of the night, unbeknownst to me, it was actually a contest and when they announced the winners I wound up taking second place- with a song I wrote after playing guitar for about ten minutes and only knowing three chords.

This experience merely cemented the East Coast Cowboy’s destiny in becoming a singer-songwriter and guitarist for other country artists.  AJ claims, “It’s been a rollercoaster ever since then.”  AJ has played guitar for Demi Lovato, Luis Fonsi, and several other country music artists, touring all over the United States. But now it’s time for the East Coast Cowboy to get back into action and release another record. 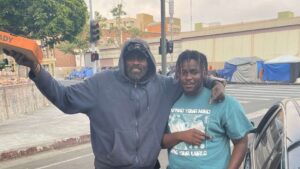 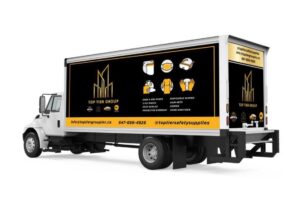